Why you should never do what you are told to do 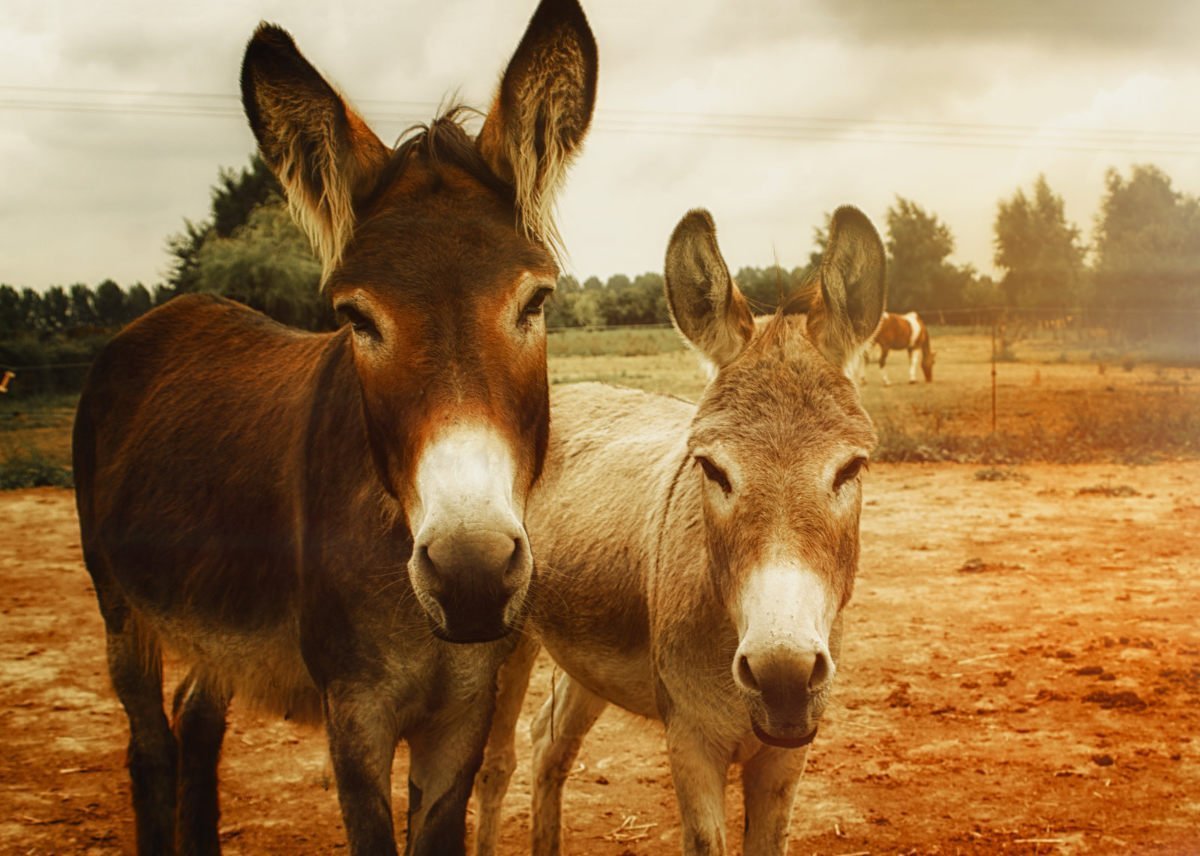 You know what sounds like an absolutely sure fail business to me?

What do you even do with a full size donkey unless you have a field that needs to be plowed and, also, BTW, you happen to be Amish?

And yet, there is a miniature donkey farm called Ass-pirin Acres near my home. No, I am not even making that up.

But, WHO on god’s green earth would ever want to spend money on a miniature donkey?

Well, lots of people, apparently. Including my sister-in-law. She begged and pleaded for mini donkeys until her husband got her a pair for her birthday. And she LOVED them.

Unfortunately, they kept escaping from her yard and running around the hood molesting people’s gardens. So, eventually, she had to give them up.

Now, I know what you’re thinking: how sad. They probably ended up bedraggled and begrudged at the Humane Society. Because no one wants a secondhand mini donkey, right?

Nope, she SOLD them. To another couple. Who LOVED them.

Yes, there is an after market for mini donkeys. Who knew? I certainly didn’t.

So, this is my point: People are building business off of all kinds of things that sound impossible to the rest of us.

So, why am I telling you this?

Recently, I been working with a bunch of amazing entrepreneurs on getting unstuck and leaping into action on taking their businesses to the next level. And I noticed that a number of them were getting tripped up by the same hurdle.

They each felt strongly, passionately about what they wanted to do and just how they wanted to do it. But, they were ignoring their hearts, their instincts, and all their painstakingly accumulated experiences and knowledge.

Because someone had told them that their way of doing things was not the right way.

They hadn’t even tried it their own way, because they didn’t trust themselves to be right. But, they couldn’t genuinely follow someone else’s model, because deep down, it felt wrong. And there they were: not actually doing it their way, but not really following others’ advice either.

Stuck, miserable, and blaming themselves.

So, we talked through why they had decided to replace their own excellent judgment and knowledge with advice to do things that bored them and even horrified them. And they realized that, maybe, in fact, they didn’t have to do that after all.

The most delightful part of working with these clients was that the moment that I gave them permission to do what they truly wanted, their faces lit up, the skies opened, and the angels sang.

Also, I got the credit for being a genius. Which, you know, didn’t suck either.

So here is the thing: We are linving in magical times.

In every single industry, the way everyone is doing business is in flux. People are making a living in ways that were simply unthinkable even five years ago. So both the good and the bad news is: there kind of are no rules.

All those people giving out advice on the absolutely, positively, you heard it here first, correct way to do things are telling you what they have learned works up till now. They may be dead wrong about what is going to work in six weeks’/months’/years’ time.

And if you look around, the most successful and happy people are simply not doing what they have been told to do. They are doing things in their own different, daring, disruptive ways.

So, what do youdo?

Well, if you are going to build a business, you should at least try to make it what you want.  Let’s do it your way, using your unique instincts, wisdom, and talents.

If after trying, you find out your own ideas and inclinations need some work, well then fine, we can tweak. But let’s give your way a real shot first.

Absolutely learn from those who have gone before you, when their advice makes sense and feels good to you. But when it rankles, when it feels plain wrong, just don’t do it. NEVER replace your own judgment with someone else’s, particularly if you already know what does work for you.

Don’t do a newsletter that bores you. You’re boring us too. Do make quirky, funny videos that convey your personality and actually tell us something important and useful (if that idea tickles your fancy).

Don’t write another god awful “Top ten reasons to….” post that makes you want to kill yourself. We also want to kill you. Do write that deeply personal story that taught you something you wish everyone on the planet knew.

Don’t walk away from a business you love, just because no one has ever had a business like that before. Yes, I know everyone tells you that is not the way it is done.

Yes, there is a word for people like you who think they know better than the experts: TRAILBLAZER.

And you know what? A year from now, we could very well all be doing it your way

Book your Strategy Call!
← How to be more productive, more creative & even get a better brain Dear Stagnating Client: no one is coming to rescue you →