How to speak Spanish perfectly 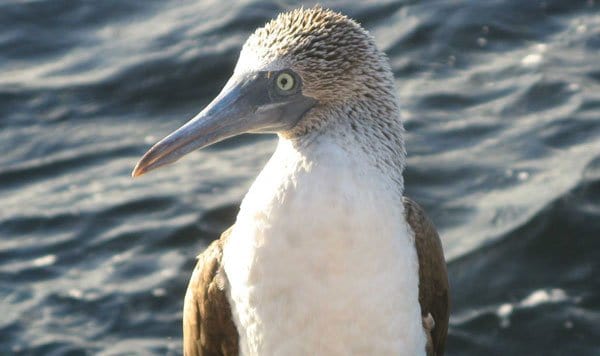 She was looking at me like I was a crazy person.

I had been living and working in Ecuador for well over a year.

After ages of study and immersion experiences, as well as a detour through Italian and Russian (yes, really), I had finally become fluent in Spanish.

In fact, I was so drenched in Spanish, I actually had a hard time remembering English words and forgot which language I was speaking at times.

No, I couldn’t believe it either.

But, everyone agreed: I spoke Spanish perfectly.

So, I had gone into the store to buy souvenirs for friends and family. I had selected an adorable Galapagos booby tee-shirt for my sister-in-law. Because who doesn’t love boobies, right? But, I wasn’t sure of the size.

The helpful salesgirl asked me to describe her. Well, she was a bit shorter than me. So, I was going to say, “ella tiene dos pulgadas menos que yo.”

“She has two less inches than me.”

But that’s not what came out of my mouth. What I did say was this, “ella tiene dos pulgas menos que yo.”

“She has two less FLEAS than me.”

Yes, I did. And she was clearly thinking: um…EXACTLY how many do you have?

Perfection=high level of skill with a strong probability of still falling on your face.

So, that was me speaking Spanish perfectly. Seriously.

It’s having a certain level of experience and skill and the confidence to laugh at yourself when you screw it up anyway.

If you are in thrall to Mr. Perfection, you should know right now that he will break your heart.

Dump him as fast as you can. He’s a cruel illusion and there’s no love in him…The minute you try to stay above criticism, you’re lost in a world where you can only fail. -Barbara Sher

Which feels so far from the truth, I am often tempted to say: I do not think that means what you think it means.

But I think what they actually mean is that I can swim in those waters. I am fluent, fluid, the words flow. I can be myself and express anything I want in the language. I can communicate freely and with confidence.

And it is glorious.

But it is not error free. Never has been.

The road to perfect is potholed with erroros.

So how did I get to speak Spanish perfectly?

By failing, I mean making mistakes.

You try, you blunder, you get better. Even the flea conversation improved my Spanish. I will never confuse those two words again. Ever. Neither will you.

Actual failure, well, that is refusing to even try because someone might see you get it wrong.

I’ve met so many people who let the fear of making mistakes keep them from ever speaking. They want to be careful, precise, smart. They study, they compose lines, they have conversations in their heads. But they will not speak.

But that’s not the way language and communication work. It’s not how most things work. They don’t happen in isolation, so you can’t hone them all by yourself. You have to get out in front of people and start interacting.

You have to risk looking like an idiot to be rewarded by those times you actually get it right.

All of those trials and errors are part of actually doing something difficult, instead of just wishing you could.

Most people don’t even master their first language. Speaking a second language, no matter how badly, puts you well ahead of the pack.

And who’s going to judge you? Your friends? They won’t understand what you are saying anyway. It will all just sound impressive, even if it IS nonsense.

Other students of Spanish? Unlikely. They have all been there. Every single one. They will commiserate, be sympathetic, and probably try to help you.

Native speakers? Definitely not. In my experience, native speakers LOVE when you try to speak their language, no matter how badly you actually do it.

All those people who never spoke, you know how well they now speak Spanish? Not at all. Not one word.

Not such a smart strategy, as it turns out: not trying for fear of making mistakes.

And how sad, really. To not try because you are desperately afraid of getting it wrong.

You wouldn’t ever do something so foolish, would you?

So, I risked falling on my face. And, as a result, have had some amazingly, “I can’t even believe this is my life” experiences in Spanish.

As a bonus, I have gotten the chance to tell people how many insects I possess, and other fun stuff I had no idea I wanted to share.

I wouldn’t have missed it for the world.

I don’t need perfect. And neither do you. Not for anything you really want to do.

So, what about you? Ever had anyone look at you like you’re a crazy person?  Are you waiting for perfection? What you could YOU do if you weren’t worried about looking like an idiot?

Book your Strategy Call!
← The year of doing it anyway You know more than you think →